Education in Flanders recently adopted the M-decree. This decree encourages students from special education to switch to standard education. Students with autism, for instance, thus find their way to standard education more quickly than before. They then participate in all educational activities, possibly with some extra support from a GON-attendant. Nevertheless, a number of assignments are not at all obvious for these students. Part of the students with autism for instance, find it very hard to speak in front of a classroom and make eye contact with their fellow-students. (student’s learning profile)

This good practice shows how the use of a tablet can lower the threshold in a speaking exercise. Hanne Rosius attended to a student with autism in standard education. When her pupil was in the third year of primary school, he had to give his first talk in front of the classroom. The assignment was to read a book, make a creative book review and present it to the class. Having to do this, implied more than one threshold for this pupil : he didn’t like reading, he didn’t like to be creative in the traditional sense of the word and he never talked in the classroom. He did like tablets, however. (student’s interests) Together with his GON-attendant and the class teacher, they investigated whether working with a tablet could be a solution to successfully fulfil the task. (product-differentiation). The school disposed of a case with 10 tablets.

The student read the book ‘the BFG’ by Roald Dahl. In the book, the giant catches dreams and keeps them in his cave to blow them into children’s rooms later on. During the GON-session, it was decided to paint the rack full of jars with dreams. The student used a tablet to record parts of his presentation, upfront, at home, in his familiar environment. He found it very reassuring to be able to record his presentation as many times as necessary, until he was satisfied with the result. Via the ‘green screen’ app by ‘do

ink’, he chose an appropriate background for the video. He found it very interesting to see how the app worked, which encouraged him to go on. Afterwards, with the ‘HP Reveal'-app (formerly Aurasma), the videos were put behind the different jars in the picture as augmented reality. The student did all of this autonomously. In this application, his strength in the field of tablet use compensated for his inferior speaking skills . (readiness)

At the time of the presentation, the pupil briefly introduced his work. The share of ‘live’ speaking in front of the classroom was thus limited to a couple of sentences. Subsequently, he distributed the tablets and the pupils could scan his painting, listen to different parts of his presentation and watch them. His fellow-pupils were impressed by the application’s creativity and surprised with the ‘augmented reality’. That’s why they reacted to the presentation positively and the pupil could experience a feeling of success. This opened the way to other assignments. 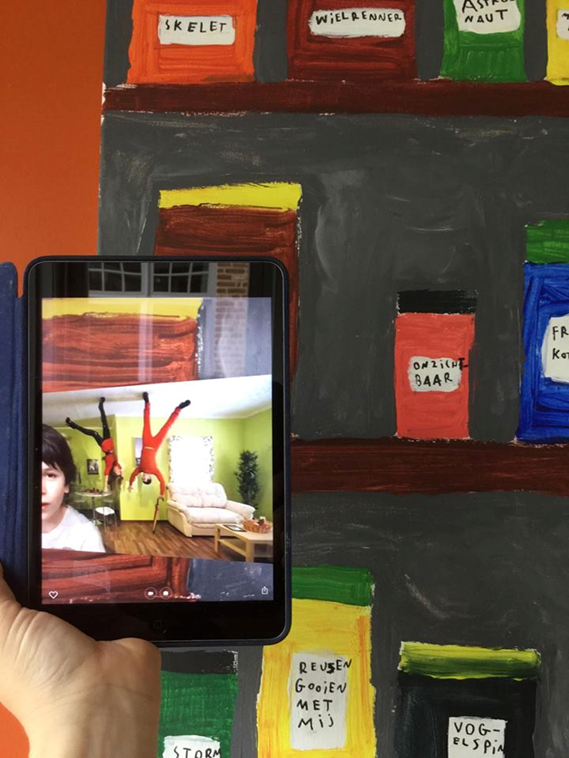 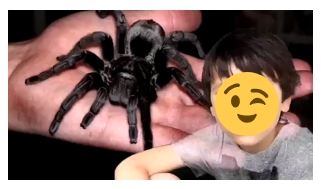 Image 2 video made with green screen

Naturally, the fear to speak in front of a group doesn’t only occur (and not always either) with pupils with autism. The example above inspired Ulrike Custers, a teacher in secondary education, to develop a similar application for newcomers with a foreign mother tongue in her classes. As a result of the refugee crisis, a large number of students who don’t speak or understand any Dutch enter Flemish schools. They get separate OKAN-education the first year in order to learn Dutch (individualized program) before they switch to standard education. For these students, it is not at all obvious to speak in front of a classroom either. Convinced that the reason why students are afraid to speak in front of a group doesn’t matter, Hanne and Ulrike decided to investigate whether recording speaking activities with a tablet could help newcomers with a foreign mother tongue to speak more freely. From this perspective, the application doesn’t only adapt to the differences in interests and profile between students, but also to their speaking skills. (student’s readiness).

Ulrike gives her class a short speaking exercise on a weekly basis. Students must choose a current event and talk about it in front of the classroom, based on the W-questions (who, what, where, when, why). About 6 times a year, this standard exercise is replaced by a speaking exercise with a tablet. Ulrike uses a variety of apps that offer the possibility to add words to an image or to an animation. An important condition when choosing the apps is the possibility for students to record again and again, until they are satisfied with the wording and articulation of their message. This also encourages giving feedback and adapting to it. Ulrike has a range of apps from which the students can choose : tellagami, ShowMe, AdobeSpark, HP-reveal (Aurasma), Fotobabble, Morfo and Book Creator. 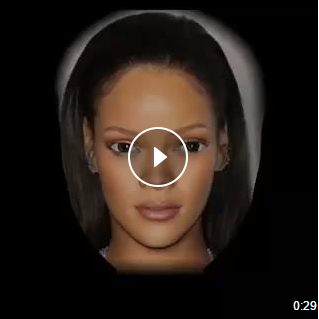 Image 3 video made in Morfo

The different apps provide the students with sufficient variation and teachers can offer a selection of choices (student’s interest). All the apps are used in a way to sufficiently support and encourage the student’s speaking skills. The exercises are tackled with the OVUR-strategy (note from the translator ‘OPER : orientation, preparation, execution, reflection’), since this is an important part of the curriculum and students are familiar with it.

This procedure is used by all students, not only the ones with a foreign mother tongue. Some students can handle OVUR (OPER) independently, others need support in one or some of the steps.

Together with Alessandro Voets (teacher in training), Ulrike developed an instruction file to guide the students through a speaking exercise. They can use this file for every exercise they make. 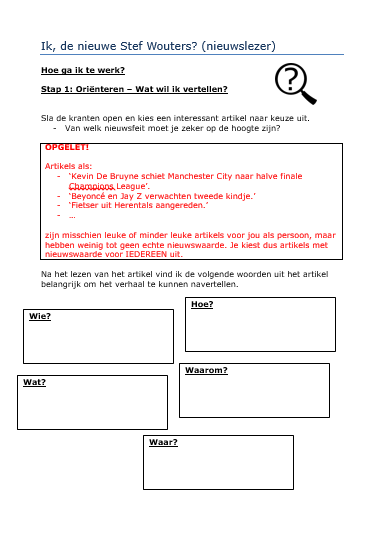 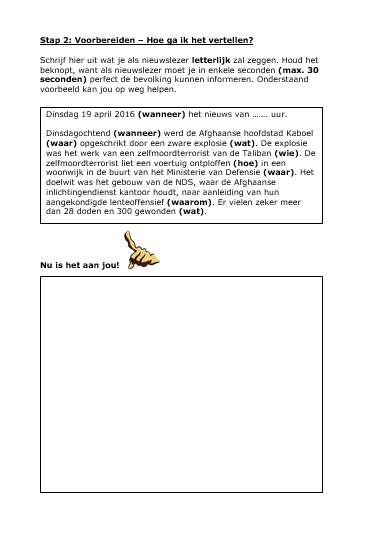 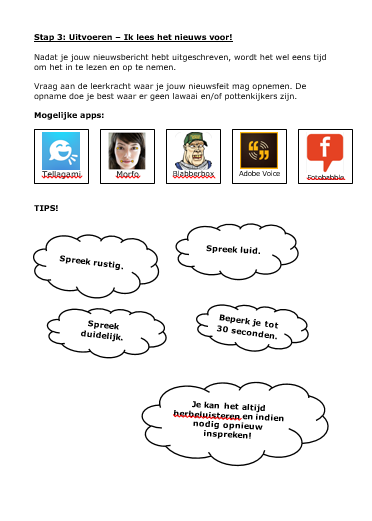 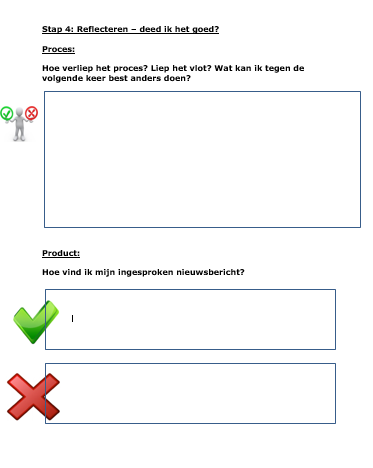 It immediately became clear that this application has a number of assets. First of all, there are few technical thresholds. The students all get a tablet, and handle it with care. The new device motivates them, the well-being in the classroom is high. The students want to test everything. They easily find their way with the user-friendly apps. Since Ulrike uses free apps, the duration of a video is limited. The advantage to that is that students need to communicate the core message briefly and to the point and thus have enough time to focus on language issues. In a standard speaking exercise, students often speak more without communicating content. A lot of students find it reassuring that the app offers the opportunity to record several times. The final product looks cool and students are often proud of the result. The tablet supports the students’ language practice. The apps improve learning efficiency and have students pay more attention to articulation. After a while, students spontaneously started to ask for feedback when they needed it. One of the students with a foreign mother tongue often had the teacher listen to her first recording. She then asked for specific feedback which she tried to apply in a second recording. This application permits stronger students to work autonomously, so the teacher can invest more time in students with a foreign mother tongue. Stronger students that have finished earlier, can help giving feedback on the articulation (pronunciation) of other students.

A number of things also drew Ulrike’s attention. Some of the students lose themselves in their enthusiasm for the tablet and the apps. They spend too much time exploring the different possibilities the app offers and therefor pay less attention to the assignment itself. Other students do take the assignment seriously and use the app and the tablet only as a tool for the speaking exercise. Together with the discrepancies in level, this leads to larger variations in pace in a class group. Using a timer is a solution for these differences. Some students are also worried about what will happen with the recordings. They don’t want them to appear on social media. That’s why Ulrike also integrates a lesson about media wisdom and netiquette in this application.