In the school year 2017/18 the central school and the subsidiary schools were attended by 655 pupils aged from 6 to 15 years. The primary school program was carried out by 54 pedagogical workers.

The school offers a wide range of compulsory, additional and extracurricular activities in the form of supplementary and additional classes, various interest activities, expanded program, as well as extended stay and morning care. They also have special workshops for gifted pupils. At the same time, the school is collaborating with colleges and is a teaching school for future teachers.

Children with special needs are also enrolled in the regular primary school. Pupils with different deficiencies, obstacles and disabilities belong in this heterogenic group of children. For these pupils, the school provides additional professional help, carried out by a special needs teacher, pedagogues, two speech therapists and teachers. In the school year 2017/18, 33 pupils with placement orders attended the school. Pupils with deficiencies in individual areas of learnings, speech-language disorders, long-term sick pupils, physically impaired pupils, visually impaired pupils and pupils with autistic and emotional disorders, are going to the school. For each special needs pupil, an expert group at the school designs, monitors and evaluates the individualized education program.

The school strives to establish an optimal learning environment for each individual pupil. Encouraging and maintaining pupil’s motivation for learning, providing diverse learning opportunities, developing strategies for independent, critical thinking, and living in a community. They emphasize the importance of project work and active learning, where the teachers become guides, mentors and moderators. They promote innovative and creative approaches to working with pupils, parents and colleagues, the use of modern communication and information means, and individualization and differentiation of educational work.

The school is generally technologically well equipped, with strong wi-fi, interactive boards, projectors and modern computer classroom. Nevertheless, there were only 5 available tablets at the school until recently. That is why the teachers of upper grades who wanted to use tablets in the classroom used smart phones and tablets of the pupils (BYOD system). However, the school came into conflict with interests of the parents, who did not support the idea of using smartphones during class. In the school year 2017/18, the school then additionally acquired 10 new tablets. 15 tablets are now available, which is still not enough for a school with more than 500 pupils, as teachers find it difficult to find free terms for using tablets in their classes. Also, 15 tablets do not allow individual work in classrooms with 24 pupils.

Work of the teacher design team 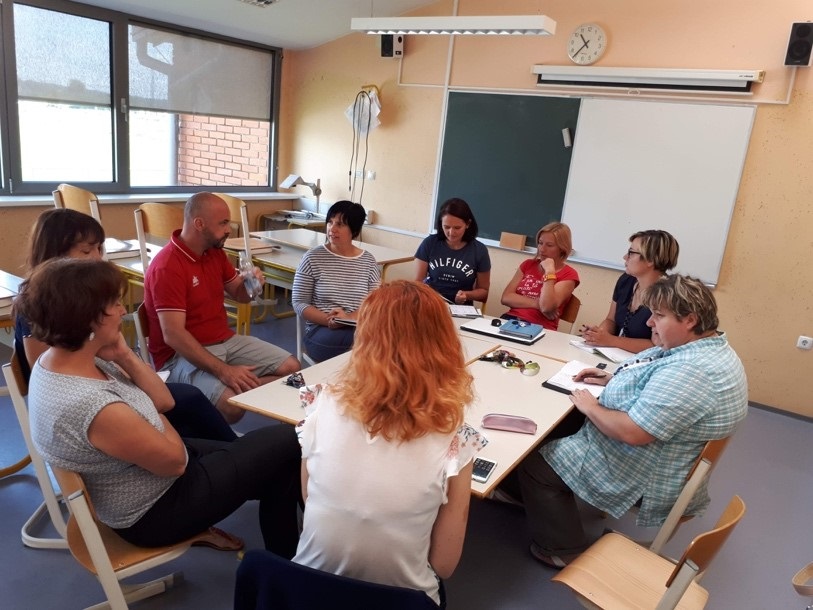 In the school year 2017/18, 3 teacher design teams (TDT) were established at the school.

The first teacher design team consisted of: a mathematics teacher, a technology teacher, a pedagogy student and a representative of the INUK Institute. The team met once a month.

At the first meeting, the team analyzed challenges that natural science teachers face in their work at the school. The teachers noted that participation in class and continuous work of the pupils is important in natural science classes in particular. They were detecting lower learning success of pupils who do not do their homework, do not attend supplementary classes, and pupils who are cramming. At the same time, they noted that the pupils are not independent enough in their work and do not have skills of critical thinking, leaving them less efficient in the learning process.

With the help of design thinking methods and the ADDIE model, the team developed a variety of solutions for the set challenges, which the teachers also tested later in the classroom.

The teacher thus had a lesson with tablets in an eighth grade with 15 pupils, where they reinforced the content of Pythagorean theorem. In this class, the pupils are especially unwilling to work. “The pupils can be very disrupting if left unmotivated. Except for certain individuals, they take the schoolwork leisurely. By including tablets, I wanted to determine if I can change their attitude towards learning mathematics,” says the teacher.

The teacher designed a lesson in the form of gamification. She prepared a treasure hunt for the pupils using QR codes and stations in the classroom.

The lesson was very successful. “From first to last, the pupils were active for the entire lesson. If they were given the same tasks on worksheets or would solve them on the board, they probably would not have been interested. But in this lesson, all pupils, both weak and strong, actively participated and were motivated for work. Such form of work really captured their interest.” 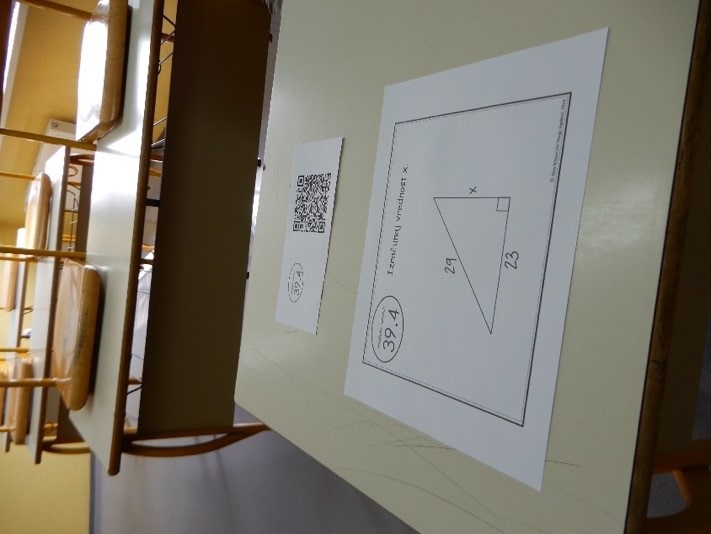 The class was designed in such a way that the pupils were paired up and had to correctly solve the Pythagorean theorem. If their calculation was correct, the result guided them to a new station and new QR code with a new challenge or calculation. If the result was wrong, they had to go back and find the correct result.

Helena Jus Silić adds: “The pupils would have quit sooner if they would have to solve such calculations in regular class, but the game and use of tablets motivated them to persevere and work harder.”

Learning in the form of a treasure hunt with QR codes made otherwise everyday and compulsory subject matter interesting and motivated the pupils to solve even difficult tasks correctly, since the desire to scan a new QR code captured their interest.

And the teacher adds: “It would be even more interesting if the pupils actually received a prize at the end of the lesson, like in a real treasure hunt. I will definitely test that in the next school year.”

Teacher of technology Rok Ozmec has, while designing his solution, focused primarily on improving the pupils’ continuous work while encouraging their independence and critical thinking. He decided to integrate practical work in technique lessons with continuous, individual schoolwork at home and learning theory. The pupils mostly like to make various products in technology class but are not interested in the theory, even if it is directly related to the building process of individual products. 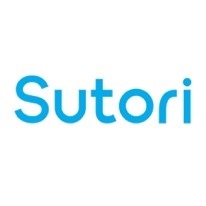 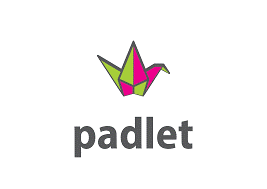 In classes where he teaches technology (from 6. to 8. grade), he prepared various tasks for the pupils that were related to schoolwork which the pupils finished at home. 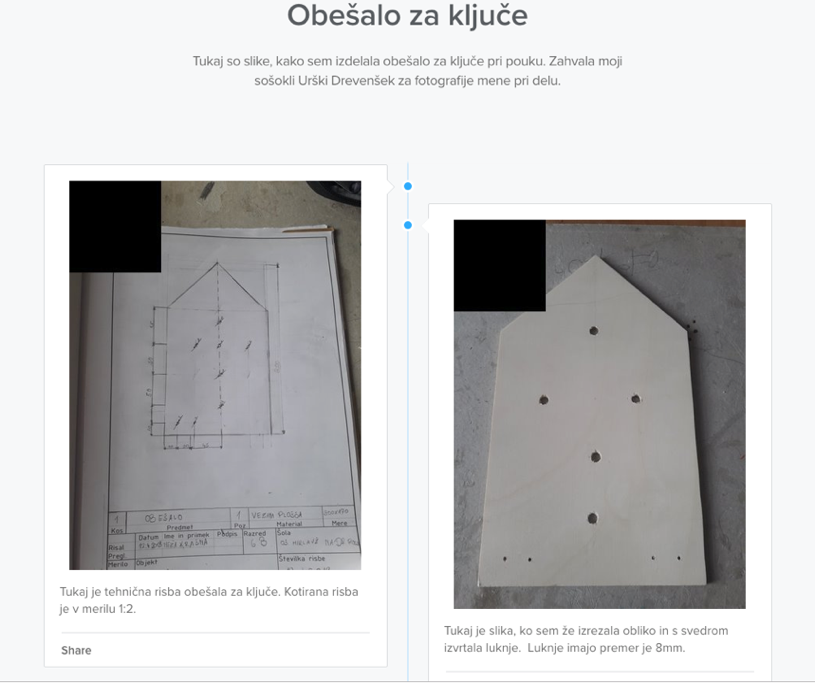 In the sixth grade, for example, the pupils made wood products in class, and then prepared a detailed description of the building process of a particular product, from planning to making the final product, at home using the Sutori application.

During building process of the wood products in class, the pupils took photos in all stages of the process, and then prepared a detailed description at home, introducing individual stages of the product making in the Sutori application, which allows a display of various elements on a timeline. The pupils then uploaded the building process description from the Sutori application to the Padlet Wall, where they had an overview of all the classmates’ assignments and a chance of mutual commenting. 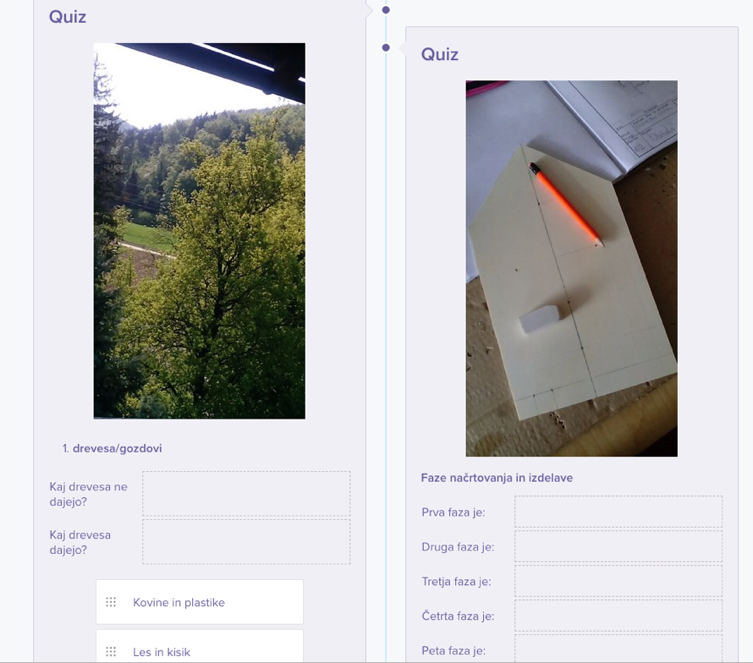 In the eighth grade, where they were reinforcing the content of paper materials, the pupils got homework where they had to design and make a quiz relating to the subject matter with the Sutori application. The quiz was then also uploaded to the Padlet Wall where the other pupils could solve it and commented on it.

The teacher says this kind of work certainly encourages pupils to work continuously and participate in the lesson. At the same time, he stresses that “the teachers themselves can learn a lot from the pupils who wave shown great skills and independence in such homework.”