Encouraging pupils' social skills, inclusion and taking responsibility for studying with the help of the project “Pupil of the month” and the Class Dojo application

School is not only a place where children learn to read, write and do mathematics. It is also a place where they learn the essential social skills for successful and happy life. Developed social skills enable pupils to establish and maintain positive relationships with others, which consequently influences their behavior in school, acceptance by peers, teachers and adults, their self-image, as well as their studying, effort in class, joy of going to school and ultimately, their overall educational success.

Petra Matkovič, an English teacher at the primary school Osnovna šola Vide Pregarc from Ljubljana, Slovenia, has as a class teacher thought a lot about how to additionally motivate pupils to study at home as well as to work and participate in class: “Today’s generations of pupils do not perceive lessons and teaching in the same way as they used to. Teachers must invest a lot more work to motivate the pupils and for them to take responsibility for their studying and work.” There are a lot of foreigners in her classes, who come from various linguistic and cultural backgrounds (Bosnia and Herzegovina, Albania, Syria), as well as pupils from poor socio-economic conditions and pupils with special needs, who really need the extra motivation.

For this purpose, the teacher started implementing a class project in the class where she is a class teacher, called the Pupil of the month, with support of the Class Dojo application with which she has very positive experience. Aim of the project is to encourage positive behavior in pupils, taking responsibilities for independent learning and healthy competition. The project is designed in such a way that pupils set the goals they want to achieve in the beginning of a school year. Then they gain and lose points each day, depending on their behavior and participation in class. The Class Dojo application functions as a tool for creating a competition system in the class. 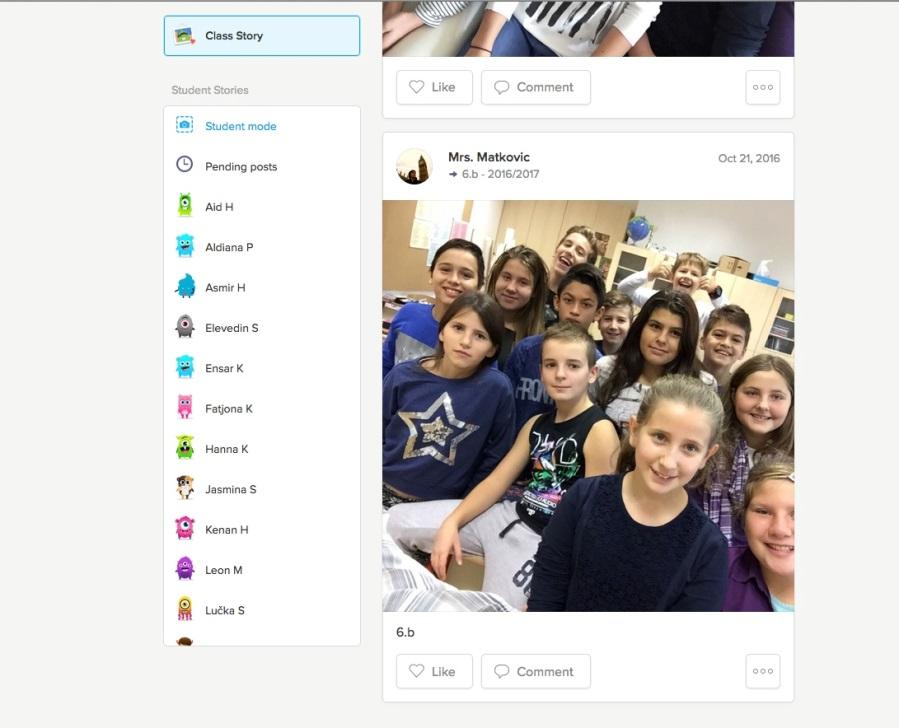 Goals that the pupils set for themselves each year afresh are related to various social skills, which are important for successful work and positive atmosphere in the classroom. For example, the main goals set by the pupils in Markovič’s class were: improving educational success, doing homework and bringing school supplies to class regularly, and mutual collaboration and offering assistance in the classroom. Then they created several competition categories with the teacher and entered them in the application. These were divided into positive and negative. The pupils gained points with positive categories (eg. regularly bringing homework and school supplies, participation in class, assisting classmates, …), and lose points in negative categories (eg. disturbing lessons, forgetting homework and school supplies …). The pupils collaborated with each other and gained points by doing so. They could also download various assignments from the application and do them at home, and gain additional points. Additionally, the teacher evaluated the class as a whole, so that the pupils could see at any time how they are doing as a class. Through competition the pupils were (unknowingly) encouraging each other for mutual progress.

“I guided the pupils in the way that they thought by themselves on which areas of learning and social skills they wish to improve. The pupils first chose their avatar or image in the application, which represented them. We evaluated their activity in class and entered points in the application under my supervision. At the end of each month I selected a pupil of the month with the help of the application, who then received a special recognition,” says Matkovič.

The teacher also informed the parents about the project using an online application, and obtained their consent for implementation of the activity. The teacher installed the free Class Dojo application, which is available for Android and Apple devices applications, on her computer. She also used the application in class meetings as a tool for developing social skills, teaching how to learn and unconscious learning of a foreign language. Short videos in English (how to study, how to handle defeats, how to learn from mistakes, etc.), which she plays for the pupils from the application in fact serve as a basis for the class discussion. 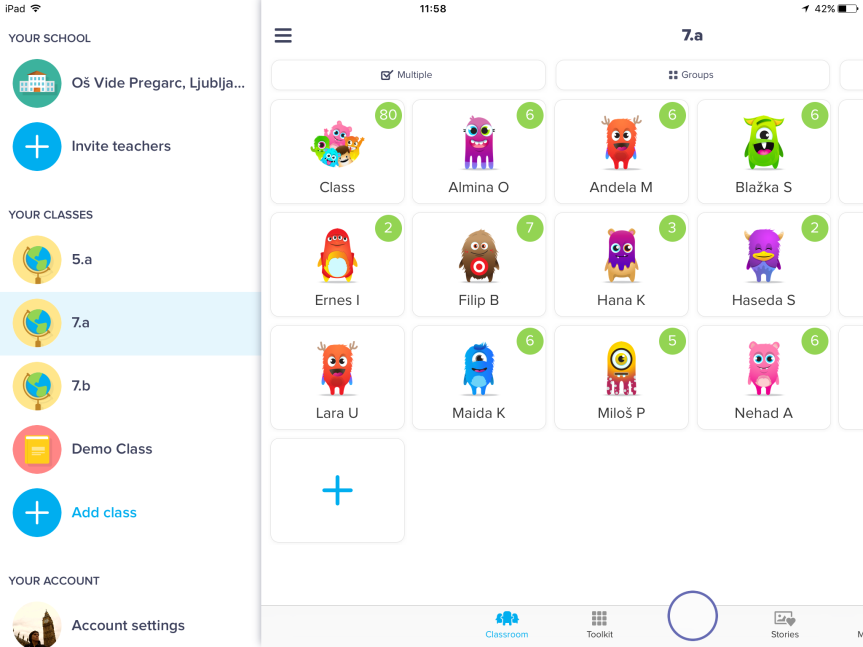 The Pupil of the month contest begins each month anew, so that all the pupils always have same chances of winning. It is important that both more and less successful pupils have same chances of winning, which is ensured by a diverse selection of evaluation categories. Among less successful pupils are often foreigners, pupils of ethnical minorities, pupils from poor socio-economic conditions and pupils with special needs, which means the Pupil of the month project has a positive influence on the inclusion of all pupils in the class. Matkovič believes that the simple display of information and language of the application, which is partially in English, partially in Slovenian, also plays an important role. Using the application thus encourages the pupils to directly learn a foreign language (English) as well as the native language (Slovenian), mainly helping foreigners to integrate into the class and broader school environment, as well as helping them in communication with others. In addition, the use of a tablet computer motivates pupils to participate in the project and achieve the set goals. 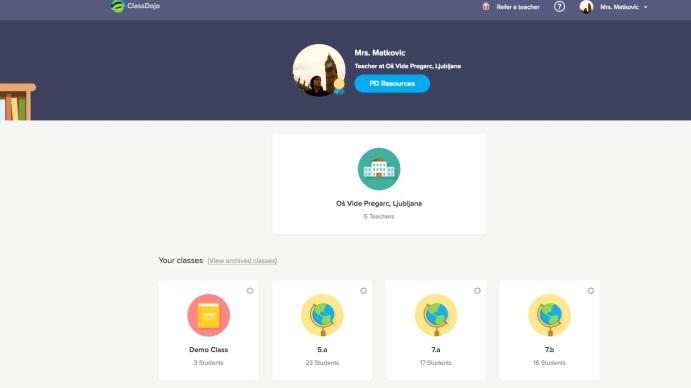 “I am using the Class Dojo application for the third school year, and the results are extremely positive. Most of the pupils in my class have achieved the set goals within the categories we created together. By setting their own goals and recognizing the areas of learning they have to improve, they took responsibility for their studying and positively influenced the dynamic of relationships in the class as well. The Pupil of the month project, supported by the ICT, has served as an encouragement and motivation for achieving the set goals. The final evaluation in the class has revealed that the pupils need such encouragement and want to continue competing in the coming school year,” emphasizes the teacher, who expanded the competition for a pupil of the month to few other classes in this school year, especially those less successful in learning and discipline. She is also planning a competition between individual classes, which could additionally encourage and motivate the pupils to achieve the set goals and the success of a class as a whole.